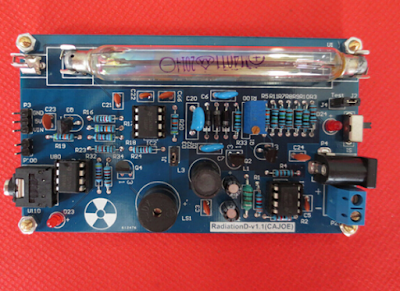 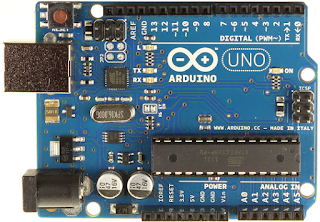 I bought a cheap Geiger Counter Kit from China to generate some random numbers. I wired it up to an Arduino Uno and wrote a basic sketch (lots plagiarised, but I have references back to their sources in the code) that generates random numbers from radioactive decay events. This is something that should, by its very nature be totally chaotic and not be predictable using classical or even quantum physics.

One nice thing about this setup is that the Arduino is powering up the Geiger Counter Kit (both together are using about 0.04A @ 5.00 V =0.2 Watts - measured by a "USB Charger Doctor").

The Geiger Müller tube used is sensitive to Beta and Gamma radiation (M4011), so I did a quick search for sources of radiation that I would feel comfortable owning, or ordering online and having delivered (for some odd reason I can picture the postman freaking out carrying a package with a big yellow radiation warning sticker on it).

Bananas have so little Potassium-40 in them, to be nearly invisible from background radiation (which is very comforting if you like to eat Bananas) - 0.098 μSv. And since the human body strictly controls the percentage of Potassium at a constant level, you should not let this information distract you from eating bananas their goodness far out ways any negative.

Opening an old fire alarm for its Americium-241 ionizing source would be useless since it is an alpha emitter [and low energy gamma rays of 60 keV]. (alpha can't get into my detector and most gamma pass right through my detector unnoticed) [An average smoke detector for domestic use contains about 0.29 micrograms of Am-241 (in the form of americium dioxide), so its activity is around 37,000 becquerel (or about 1 µCurie)]. But in terms of danger factor, versus happiness - I'll give it a very wide berth.

I could scour antique shops looking for old radioactive consumer products like Fiesta Ware or Vaseline/Uranium Glass but I do not feel the need to add radioactive items into my living environment.

You can call me crazy but I do not really feel comfortable with most radiation sources, so for my test I decided to use background radiation and some easily accessible Potassium-40 which should be around about 10x background levels.

I only used two sources for my radiation. One thing to keep in mind is that my Geiger Müller tube itself is slightly radioactive, just like everything, so I get about 0.2 pulses/second from the tube. 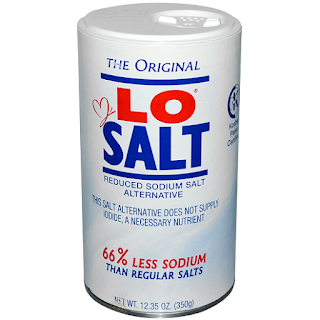 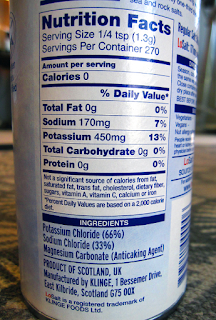 I could always check into using Caesium-137 or a Strontium-90 source at some later date. But in all honesty I think that I'll go in a different direction for generating random numbers. The sources I would feel comfortable using are not all that cheap as well.

Here is the sketch that I used to measure the CPM of the background and LO-SALT and print the result every 60 seconds:


And, here is the sketch that I ran on my Arduino to generate the random numbers:


The above code sends hex digits one byte at a time to the serial port. To capture the random numbers and store them to file I used the following commands on Linux "screen -L /dev/ttyACM0 115200" [^A D - to exit the screen session and return to the console] this creates a logfile called screenlog.0 which captures all data coming to the USB serial port from the Arduino. Or you could use "(stty -F /dev/ttyACM0 raw ispeed 115200 ; cat > random.txt) < /dev/ttyACM0"

And to convert them from ASCII into binary I used the following UNIX command:
$ cat  screenlog.0 | xxd -r -p - random.bin

And this binary file can be tested with rngtest if the filesize is at least 2500 bytes (20000 bits). Unfortunately since the randomness generation rate is low, it would take multiple centuries to generate the Gigabytes of data required for one run of the full dieharder randomness test suite, using a single Geiger Müller tube even with the most radioactive source possible. So as much as it was fun playing with a Geiger counter, for generating random numbers, I feel that it is a dead end, at least for me. The quality of the randomness it fantastic but the generation rate is far too low, at least for my needs.
Posted by Truth at 17:35