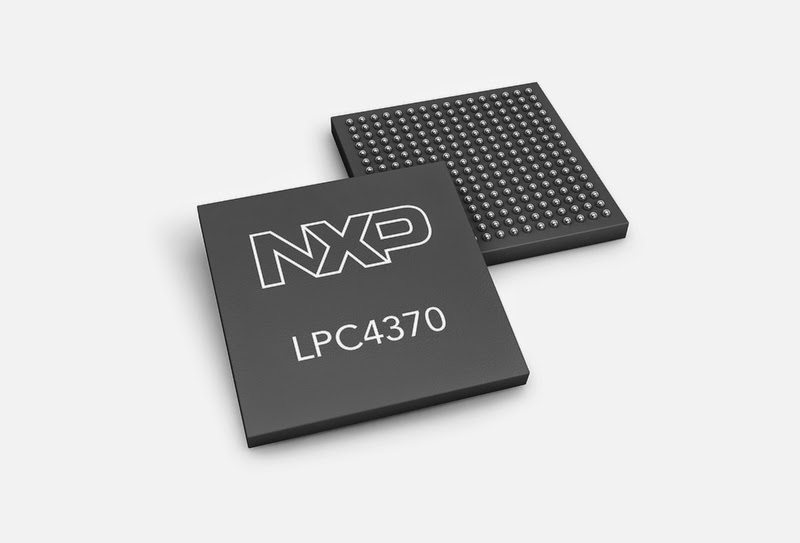 I have been looking at how to generate good random numbers and also at the Raspberry Pi's maximum data throughputs rates using wifi (9.9MiB/s), ethernet (11.2MiB/s) and disk (22MiB/s). The Raspberry Pi is good at some things, but it is not very good at moving large amounts of data about really fast. If it was I'd probably look at some way of generating good random numbers and transferring in the data in via the GPIO pins. But even doing this, the GPIO pins have a limit of about 10MHz maybe, some testing would need to be done to see if this could work or if the data rate could be pushed higher (use more pins to transfer more bits in parallel).

The airspy project was spawned into existence by the HackRF project which originally used a LPC4330,  well now a LPC4320 (no need to 10/100 Ethernet). This chip has the advantage of not being a BGA device, it is a 144 pin QFP, but the data, in the case of the HackRF One,  is transferred from a separate ADC to the ARM using SGPIO.


The complexity of using SGPIO and the cost of a separate high speed ADC using a LPC4320, makes the  LPC4370 with its inbuilt 80MSPS ADC look like the best overall cheapest solution for what I want to do.

The fact that the Airspy has a 80dB Spurious-free dynamic range that I could use this to amplify the noise signal from a reverse biased zanier diode or a npn transistor acting as a  germanium diode is nice. Because the noise signal needs about 40dB of gain to be usable. One problem with using the Airspy is that it is only sampling at 20MSPS and not 80MSPS. But as a open software test platform, that could be used to see if making a dedicated board with the LPC4370 BGA chip is feasible or not and it is a good easy first step. The Airspy will have two high speed ADC inputs (using a u.FL connector) for the two spare multiplexed ADC channels on the 100 BGA chip. After the initial tests these ADC ports could be used with a custom firmware to test sampling at 80MSPS, 40MSPS per channel from two shielded secure noise sources.

The main advantage of doing some testing using an Airspy would be not having to design and build a fully custom development board with this 100-256 BGA chip. Ok in the short term it may cost a bit more, but if it does not work I would still have a very useful SDR receiver. Unfortunately there is no way to push more then about 40MiB/sec through USB 2.0. So even though I could be sampling 80MSPS at 12bits (120MiB/sec), I would need to concentrate this entropy by a factor of three. And that is provisional on there being enough spare CPU headroom available to do so before transferring the sampled noise to a PC. The fact that the chip supports SIMD (ARM NEON) may make this just about possible with a good pinch of lateral thinking.